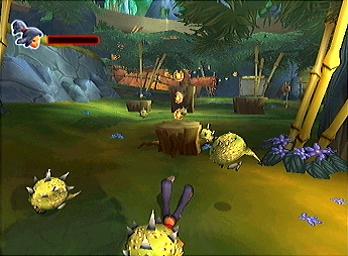 Sinocs are ball like monsters, covered in spikes. These creatures tend to hide out in areas of isolation and are usually accompanied by a few other sinocs. If Kya gets too close to one, the herd of them, will come to attack her.

Sinocs are spherical-ball shaped monsters, they are completely light green. They have a short tail, and are covered in bumps and gray spikes.

Sinocs tend to attack in herds

Sinocs are very weak monsters, and are easy to defeat.

The rare red Sinoc can be found in the Flying Forest.

Retrieved from "https://kyadarklineage.fandom.com/wiki/Sinoc?oldid=11320"
Community content is available under CC-BY-SA unless otherwise noted.