There are plenty of Legends & Mysteries in Kya: Dark Lineage, this article is all about Trivia from the game, whether it's a fact, or a missing piece of the puzzle, it's all here!

'Frank: One of your father's projects I guess?
The following article has significant spoilers for Kya: Dark Lineage
Kya: Hmm... that guy... 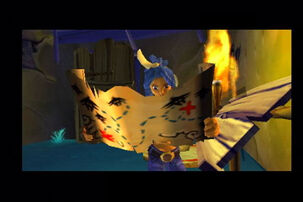 (You can open the link in the Google Chrome Browser, and it will automatically translate it to your language.)

Retrieved from "https://kyadarklineage.fandom.com/wiki/Legends_%26_Mysteries?oldid=11841"
Community content is available under CC-BY-SA unless otherwise noted.